It is in a crisis that the mettle of a society is revealed. Chryselle D’Silva Dias on how food keeps us compassionate and generous.

It was a Tuesday, the day our world went indoors. On 24 March 2020, the Goa government called for a complete lockdown in the state until the end of the month. The same evening, a national lockdown was announced. Everything fell apart.

I had gone grocery shopping just the previous weekend, in advance of the one-day national ‘Janata Curfew’. I had bread, vegetables for a couple of days, and some milk. We’d be okay for food, I thought. There was fish in the freezer, some frozen veggies for emergencies, some snacks. We’d manage until the end of the month. How bad could it get?

By the end of March, our pantry was empty. We had run out of vegetables, there was no bread, we were down to a handful of rice. Seeing how stressed we were about food, my 11-year-old began rationing his evening snacks, saving up biscuits for another day. I cried when I saw him quietly eating one less chapati at meals, so that there would be more to go around.

I had never been so hungry in my life.

I am aware of my privilege as I write this. We’ve not lacked for food or material comforts. Our children have never had to feel the sharp pang of hunger, of seeing bare fridges and pantry shelves. Until now.

With no domestic help, I had to take over the planning and preparation of meals. I felt helpless, overwhelmed with the thought of cooking endless meals with limited supplies. Millions of people do this effortlessly, but cooking has never come easy to me. I’m not an instinctive cook; I need a recipe to follow. Given a choice between cleaning and cooking, I’ll always choose the former.

Thrown into the pandemic fire, I did what any sensible amateur cook would do. I called my mother. My mum lives in Mumbai with my sister, and I often call her asking for a recipe, or what to do with a certain ingredient. As the lockdown progressed, I called her nearly every day, more than I have ever done since leaving home. “What’s for lunch today?” she’d ask with a laugh as soon as I called, without so much as a hello. There was no need for a preamble. There was only one reason I’d be calling around noon every day, and that was for emergency food advice and she knew it.

“What’s for lunch today?” she’d ask with a laugh as soon as I called, without so much as a hello. There was no need for a preamble.

Mum gave me easy recipes for vegetables, for meat, for fussy palates that needed to be tempered as much as the dal I was planning to make. She recommended food channels on YouTube, which came as a surprise because I didn’t know she watched that kind of thing. It made me sad—what else didn’t I know about her?

Following hastily scribbled phone instructions, I cooked the Goan staples—rice, prawn curry the shade of ripe papaya, precious fish fried with a generous coating of rava, my chapatis round but not soft. I would rather eat my mother’s cooking—simple, but every grain of spice in the right place. Her chole is a portal to my childhood, the roast beef and egg curry a flashback to when my father lived, high on life and food. He died at forty-six, leaving behind three kids and a void that not even food from his favourite Sindhi restaurant could fill.

Cooking felt like the only way to connect with Mum, 600 miles away, trapped on the sixth floor of a building where residents no longer left their apartments.

For many of us stuck at home these last two years, our kitchens have been a place of renaissance. We joined Facebook groups for simple recipes, learning how to cook the same things in different ways with minimum ingredients. I tried dozens of recipes from Instagram. I made four different kinds of bhindi—each one a surprising hit with a family that generally didn’t care for it. Every day was an opportunity to try something different, a change from the regular. I never did get around to making sourdough, though. It was enough if I could make edible chapatis for my son’s lunch.

While we were experimenting in the kitchen, a tragedy was unfolding not far away. From my friend, the artist Miriam Koshy, I learned about how workers stuck in Goa without employment or salary were fleeing the state. Some waited for trains and buses, others began walking. Miriam started a volunteer group to coordinate food and travel for people leaving. Her social media posts shocked us—long queues for food and water in Goa’s urban pockets, people piled up with luggage at bus stations, women walking, dragging children and bags behind them.

While we were experimenting in the kitchen, a tragedy was unfolding not far away.

I answered a call for volunteers and signed up to help with the escalating numbers of migrant workers looking to return to Bihar, Jharkhand, the villages of Uttar Pradesh. At the Bambolim athletic stadium, controlled chaos reigned. With every train full of people that managed to leave, hundreds more turned up every single day. While the district administration worked on transport arrangements, the bigger issue soon became that of food.

It is in a crisis that the mettle of a society is revealed. At Bambolim, volunteers cobbled together food packets for hundreds of people thrice a day. The local Gurudwara stepped in with their langar services serving rice, dal, roti, and some vegetables. Others pitched in with fruits and biscuits. If there were babies or toddlers in the stadium that day, milk or other food was arranged for them. It was a mammoth task of coordination, run by people who stepped in only because they couldn’t bear it any longer.

During those weeks, I saw love in action. I saw volunteers do everything from organising thousands of bananas for people to carry on train journeys, to stopping trains to allow a family who was delayed to catch up to it. As the crisis exploded, volunteers became grief counsellors, advisors, citizen-reporters. They kept track of various trains, ensuring that food supplies en route were on time and of a decent quality. The endless chain of trains chugged northward, held together by ordinary people working their cellphones overtime.

Unlike the first wave though, Covid in 2021 hit closer to home. Younger people were dying in the thousands, and the country was running out of medical oxygen. We all knew someone who died; it brought us to our knees in pain and fear. There was a collective grief in the air as we waited, holding our breath, literally.

An article from March 2020 in the Harvard Business Review talks about anticipatory grief. You know there’s a storm coming, but you don’t know how to cope with it. Did you feel it too? This is a form of anxiety and this time, it was collective. When neighbours or acquaintances died, we couldn’t even grieve together. We couldn’t go to funerals, express condolences, share a hug. We couldn’t take food over. The regular rituals of mourning had no place in a pandemic. Our emotions didn’t get the memo, though.

To cope, many of us focused on the living instead. Neighbourhood WhatsApp groups sprung up to organise food packets to the quarantined, contacts were shared, quiet deliveries were made to people unable to step out. At the height of the pandemic in 2020, we were added to a new group for our vaddo (ward). In the next few months, neighbours (many of whom we hadn’t had more than a nodding acquaintance with) stepped in with a rota to pick up and deliver fruit, vegetables, and often, a tiny packet of fish (with large prices), much to the relief of staunch Goans who can’t do without the staple, even in a pandemic.

When we’ve made peace with the shock and pain of the tragedies of the past two years, we will move towards finding meaning in our loss. The pandemic showed us that we don’t have to go far to provide solace. Meals for your neighbour’s children, your building’s security guards, a family recipe generously shared on social media. Covid-19 forced us to implement social distancing, but it also brought us closer than before. We were isolated, but not alone. The pandemic showed us that it was possible to be compassionate and kind, to ourselves and to strangers.

The lockdowns have made me a more confident cook. I still need my recipes, but I’m no longer daunted by the prospect of churning out full meals or gutting a fish. Calls to Mum have dwindled, and they’re no longer all about food.

We were isolated, but not alone. The pandemic showed us that it was possible to be compassionate and kind, to ourselves and to strangers.

At Christmas last year, I cooked my first ever roast chicken from a recipe sent to me by my sister, a busy banker now working from home. It turned out scrumptious thanks to many WhatsApp messages clarifying how to make stock, or the intricacies of the marinade. It’s amusing, yet poignant how my shaky relationships with my mum and sister have revived with long-distance cooking.

Whatever the reason, the pandemic got us all cooking. I’m glad I picked up the phone and reached out. It helps to call your mother.

Chryselle D’Silva Dias is a journalist, amateur parent, and reluctant cook based in Goa. 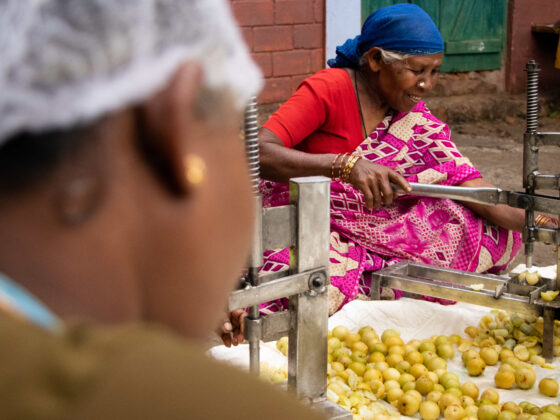 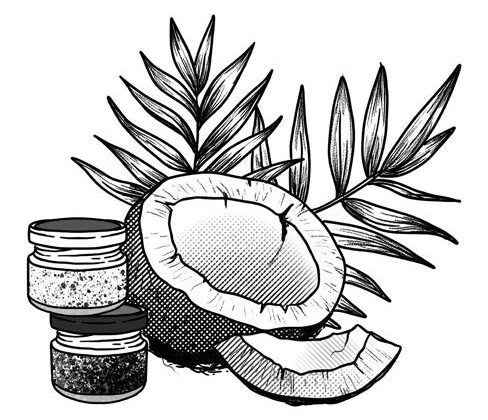 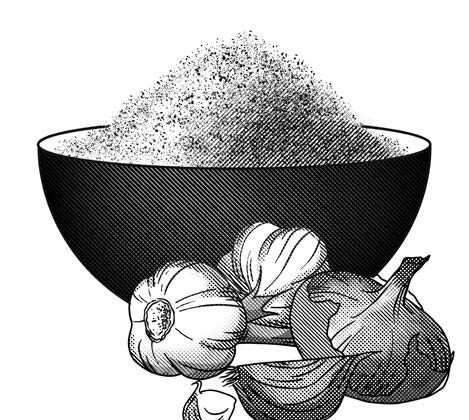