Love it or hate it, its distinct aroma makes jackfruit a memorable gustatory experience. Determined to get more people to cook with it, Mumbai-based Eat with Better makes the unripe form of jackfruit a ready canvas for varied flavours.

Monsoon is playing truant in Maharashtra when our team from The Locavore visits a village in Konkan. We’re tagging along with Karan and Keertida who, through Eat With Better—a plant-based packaged foods company—have firmly placed jackfruit at the core of their business.

Karan, a co-founder, tries his hand at slicing the tender, raw fruit they are to sell. He quickly decides to leave it to the experts: women who are deft with the boti, a traditional blade, and make cleaning look easy, if meticulous. Perhaps, this skill, or a lack of it, and the exhaustive cleaning process is one of the reasons that this climate-friendly fruit is no longer as commonly consumed in homes as it used to be a generation or three ago.

I was 25 years old when I first tasted jackfruit. It was a hot day in a sleepy village in Goa. I was running around barefoot, laptop in hand, trying to connect to the internet. Nivedita, my landlady, approached me, and thrust a mound of yellow fruit towards me. Absently, I sampled a piece, and was delighted by its sweetness—offering much needed respite amid a chaotic day.

Jackfruit inspires strong feelings: you instantly love it or you hate it; you’re rarely ever dispassionate about it. Like me, Keertida, a chef and co-founder of Eat with Better, belongs to the former category. She recalls summers spent in Ratnagiri as a child, nestled in the Konkan region of Maharashtra. “Saandan, a steamed sweet idli made by mixing ripe jackfruit pulp with fine rice grits, is a favourite of mine. This is served with warm ghee. I love to eat it with mangoes, fresh pressed coconut milk, and cardamom,” she says.

And while this dish is made with ripe jackfruit, it is the unripe form that she and Karan are working to make more accessible to the urban Indian. The cleaned jackfruit arrives at your doorstep either as shreds or chunks, and can be a part of any gravy-based curry inspired by regions across India, or even dishes such as Mexican tacos or American sloppy joe burgers. “The two forms are so different that you almost can’t tell that they are from the same provenance,” muses Keertida.

Versatile, unripe jackfruit—more akin to a vegetable than a fruit—lends itself to a variety of dishes and cuisines—from curries and biryani to tacos and chips. In West Bengal, raw jackfruit is called gachhpada, which translates to ‘tree goat’ because of its meaty texture. As a ready canvas for varied flavours, unripe jackfruit is ideal to use as mock meat. It was this that initially drew Karan to jackfruit. “I’m not too fond of ripe jackfruit. But, a few years ago in the US, when I realised that cleaned unripe jackfruit was a popular superfood, I wondered why we don’t make the most of it in India. It’s local, we have a surplus, and it can be cooked in so many ways,” he says. 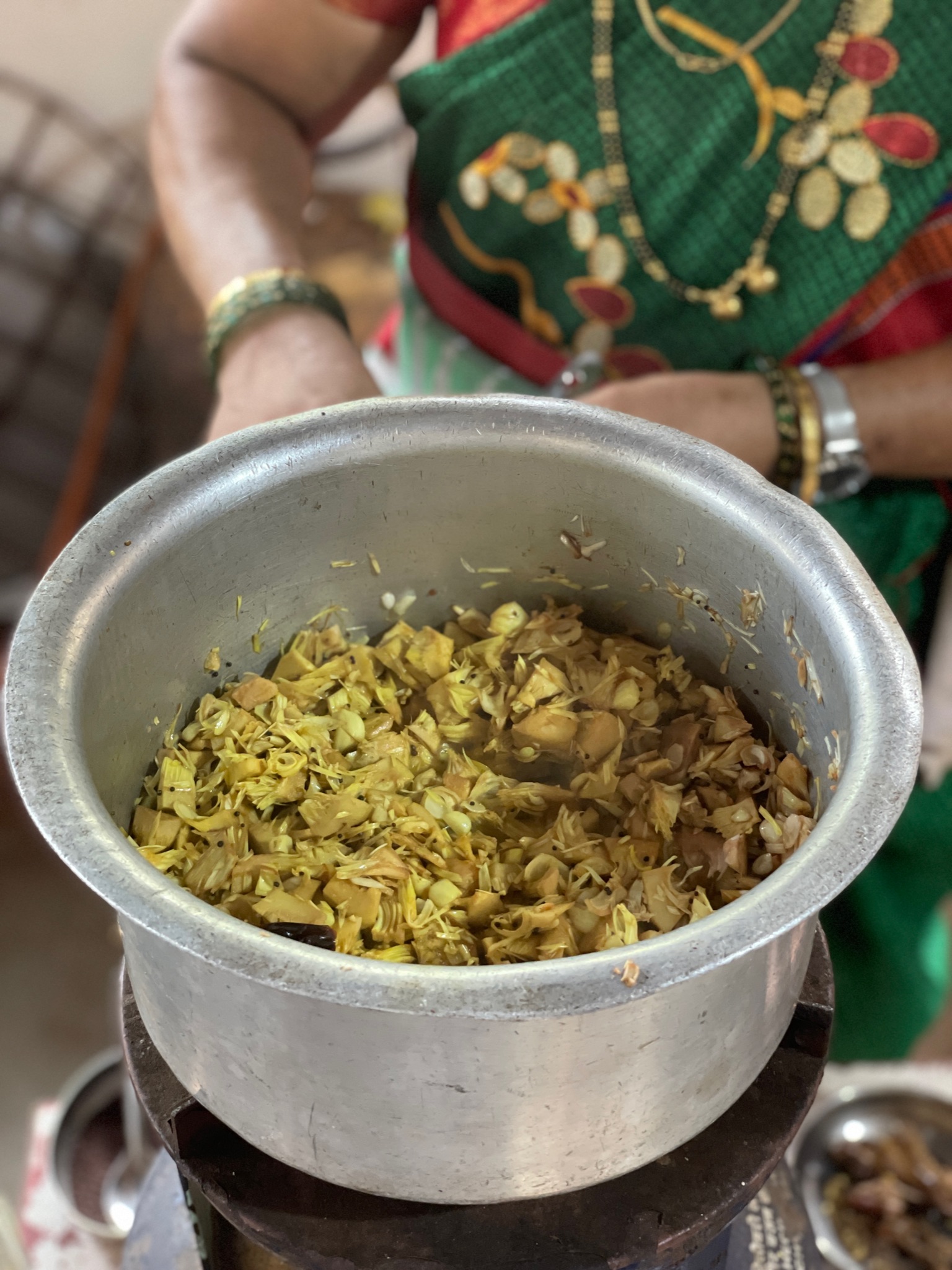 Seeing its potential, it struck the social impact professional that this should be made more accessible to those who don’t have the time (or the courage) to clean jackfruit. It was this idea that led him and Keertida to launch the jackfruit range under Eat with Better in 2021. Their mission is to change the way people think of jackfruit, and make it easier for those who want to follow a plant-based diet.

Typically, a single jackfruit can feed a family over several meals. But what Eat with Better sells is cut or shredded jackfruit in portions as small as 250 grams, perfect for a couple of easy-to-cook meals. The more the fruit is consumed, the less its overall wastage. Reports suggest that around 60 to 70 per cent of all jackfruit that grows in India gets wasted every year.

In fact, in the Konkan region where jackfruit isn’t often cultivated but grows wild, farmers are keen to offload the fruits they don’t eat to anyone willing to lug one home. Another reason for a fall in demand for jackfruit has to do with its perception. “In some regions, people have begun to think of jackfruit as a poor person’s food,” a farmer that Eat with Better sources from, informs us.

However, to the co-founders of Eat With Better, the desi jackfruit is anything but a food to be ignored. So, they work to clear the fog around jackfruit, and tap into its immense potential. With close to no additional inputs and generous yields, the fruit is truly climate-smart. Despite the heat from the growing climate crisis, and the impact that it has on the maturation of the fruit, it is far more resilient than other cultivated crops in the region. Often considered an agricultural surplus, it can also feed growing populations.

Today, as I sit around a table with seven people—most of whom have never tasted jackfruit before—devouring shredded jackfruit that has been tossed in spices and stuffed in parathas, I notice the complete silence as they pay attention to what they are eating. Seeing them relish it, I can’t help but wonder about the future of this fruit.

As more people open their eyes to its beauty and abundance, I’m inclined to believe that it is possible to bring jackfruit back onto our plates, especially with companies like Eat with Better driving the resurgence of this easily dismissed fruit. While it may be an uphill task for those championing the jackfruit, I do hope that many more people in India see why it is an ideal superfood for us, especially one that is local, delicious, and perfect for a warming world.

To read more about Eat with Better and their practices, check out our producer page here. This is a paid partnership with Eat with Better. At The Locavore, we strive to keep the practices of a producer transparent and honest across all forms of partnerships. 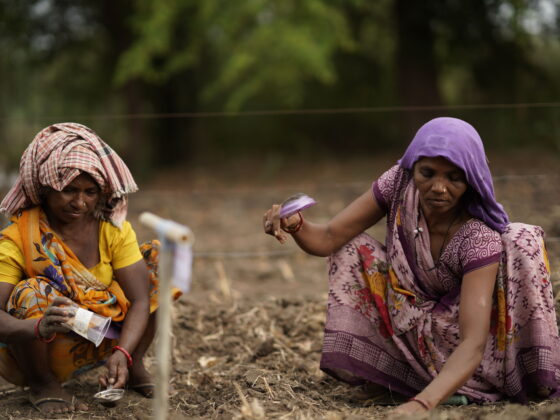 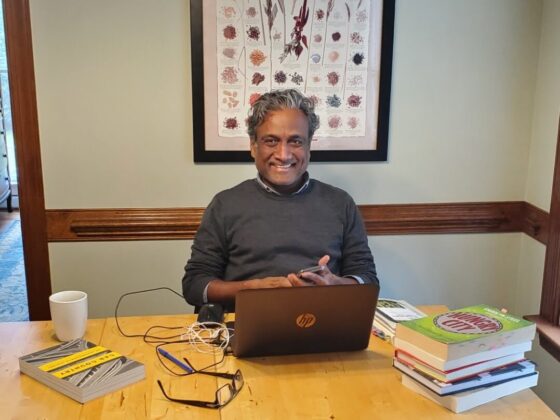 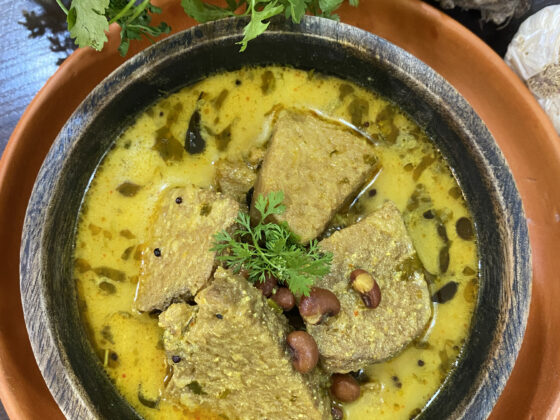