While India has a rich and diverse culture around cooking dried fish, it hasn’t been celebrated owing to its fraught histories, matters of identity, and its smell. Shruti Tharayil writes on challenging dominant hierarchies of smells, and her own journey of unlearning.

My first experience of tasting a dried fish preparation outside of my community was during the time I spent with the Katkari adivasi community in Karjat, Maharashtra, while working as an intern at an NGO years ago. Tiny dried shrimps cooked in a spicy gravy (sukat), with some onion and fiery red chilli powder, were served along with rice bhakri (flatbread).

Through our conversations, I admired my hosts’ exceptional, in-depth knowledge of the complex ecology of their landscape. It was fascinating to hear them explain the intricate process of catching shrimps from the nearby rivulets, drying them, and how availability of fresh fish was a seasonal occurrence in and around the locality. It was instances like this that changed my understanding of what qualifies as seasonal. Before that, my associations with it were limited to green, fragrant, and freshly harvested foods.

It was on that day, after feasting on a fiery hot sukat, and listening to the Katkari women’s point of view that my unlearning journey around dried fish began. However, this was not the only thing that left a lasting impact on me that day. I couldn’t help notice how much shame they had internalised around this food. They apologised to me, repeatedly, for having served me a dish that wasn’t ‘fresh’, and one that was overpoweringly ‘smelly’.

India’s incredibly rich food diversity is well known, and dried fish is no exception. From the ‘pungent’ fermented fish of the North East to the ‘strongly flavoured’ bombil of the Konkan coasts, the tiny dried shrimps belonging to the adivasi communities living in semi-arid landscapes to the massi karuvadu (Maldives Dry Fish) of the shores of the Indian Ocean and the unakka mullan (Kerala Pony dried fish) of the Malayalis, dried fish is preserved and prepared in varied ways across this country. Isn’t this truly worth celebrating? Yet, the history of cooking dried fish is fraught with struggles around the larger politics of identity, belonging, smell, and survival.

I couldn’t help notice how much shame they had internalised around this food. They apologised to me, repeatedly, for having served me a dish that wasn’t ‘fresh’, and one that was overpoweringly ‘smelly’.

As a Malayali family living in Maharashtra, we would carry food products and ingredients  after our annual summer visits to Kerala. Our cargo typically included tapioca, jackfruit seeds, freshly harvested banana stems, rice flour, and dried fish. To contain the smell, the dried fish would first be wrapped in plastic, and then in newspapers.

Like the Katkari women I spoke to, I, too, grew up internalising shame around some of the foods my family ate, especially beef and pork. Dried fish also made it onto the list of ‘controversial meats’ that we never mentioned in casual conversations around food. Despite having lived in Maharashtra for almost 25 years, it was surprising that we never bought or ate the local dried fish. It was only when I lived on my own that I discovered the brittle, crumbly sukat bombil (dried Bombay Duck), a local delicacy.

“Our unakkameen is much saltier than the ones you get around here,” my mother responded promptly, when I probed into why we never bought local dried fish. “Also, the meat is much juicier and thicker compared to what is available here,” she added.

For us, dried fish is quintessentially naadan (native). The excess salt in the fish when cooked, and the slow disintegration of the flakes into the curry is my favourite part of eating dried fish. But, my understanding of the larger politics around dried fish has expanded owing to my experiences over time: watching friends from the northeast being ridiculed at university by others when they open their packed traditional pickles; fellow train passengers scrunching up their noses in disgust as I open my favourite home-cooked meal of rice, sambar, and fish fry.

Malar Arivazhagan aka Malar aunty, a close family friend from Chennai, told me, “On the days I cook dried fish, I make sure to finish cooking it early in the morning, and store it in a closed container so that the smell does not spread. Though it is the smell of karuvadu (dried fish in Tamil) that I love most, some people do consider it a stench.”

This assumed hierarchy of smell in food is internalised through narratives built through systems as early as school, and often reinforced through popular culture that constructs lopsided narratives about ‘good’ and ‘bad’ smells. In a conversation I once had with a kindergarten teacher, she shared, “We ask our children not to bring non-veg food to school because other vegetarian kids find it nauseating when the child opens their lunch box.”

I am no exception when it comes to having been conditioned by such social systems to internalise the hierarchy of food smells. I recall my father having smoked the house with a range of incense sticks after we cooked meat at home. “So that the neighbours aren’t bothered by the smell,” he reasoned.

Vinay Kumar, a teacher at Azim Premji University, admits to having been shaped by urban ideas of ‘good’ and ‘bad’ smells. I reached out to him after seeing his Instagram post on shame and embarrassment around dried fish. “I always wrinkled my nose when my mother cooked dried fish at home. I would say, ‘What is this awful-smelling food?’ and wouldn’t eat it,” he says.

He recollects memories of dried fish chutney made by his grandmother along with ragi mudde. It is only recently, through interactions with his classmates from the North East who cooked dried fish, that he began to wonder what dried fish cooked in his home would taste like. “I have only smelled it, but never tasted it. I never accepted it as part of who I am,” he adds.

Although most traditional food practices in India depend on seasonal cycles, historically marginalised communities have another key factor to reckon with: economy. Cured and dried meat tends to hold a longer shelf life which assures food security, particularly during seasons in which some foods might become scarce, or less affordable.

In a conversation I once had with a kindergarten teacher, she shared, “We ask our children not to bring non-veg food to school because other vegetarian kids find it nauseating when the child opens their lunch box.”

The Kasimedu market in Chennai opens the auctions of the fresh catch from the sea as early as two thirty in the morning. It was a real treat to the senses as we waded through a trove of fresh seafood, the bustling crowd, and the loud haggling of the saleswomen. We were there to find out where the fish was processed into dry fish. While locals were curious to know why we wanted to visit the place, one woman pinched her nose, her concern—‘Are you sure you will be okay with the smell?’—went unsaid. Only after we reassured her that we enjoyed dried fish did she point the way forward.

As we reached the drying area, we met and spoke with Premalatha, a woman entrepreneur and a mother of four, who is engaged in what she referred to as the second tier of this business chain—buying fish from the fisherfolk and processing it, before selling it to vendors from the market. “It was only after my mother’s passing 10 years ago, that I had to take over her business of selling dried fish,” she shared. “I’m used to this smell, though it wasn’t always like that. Now, it’s a part of my life.” 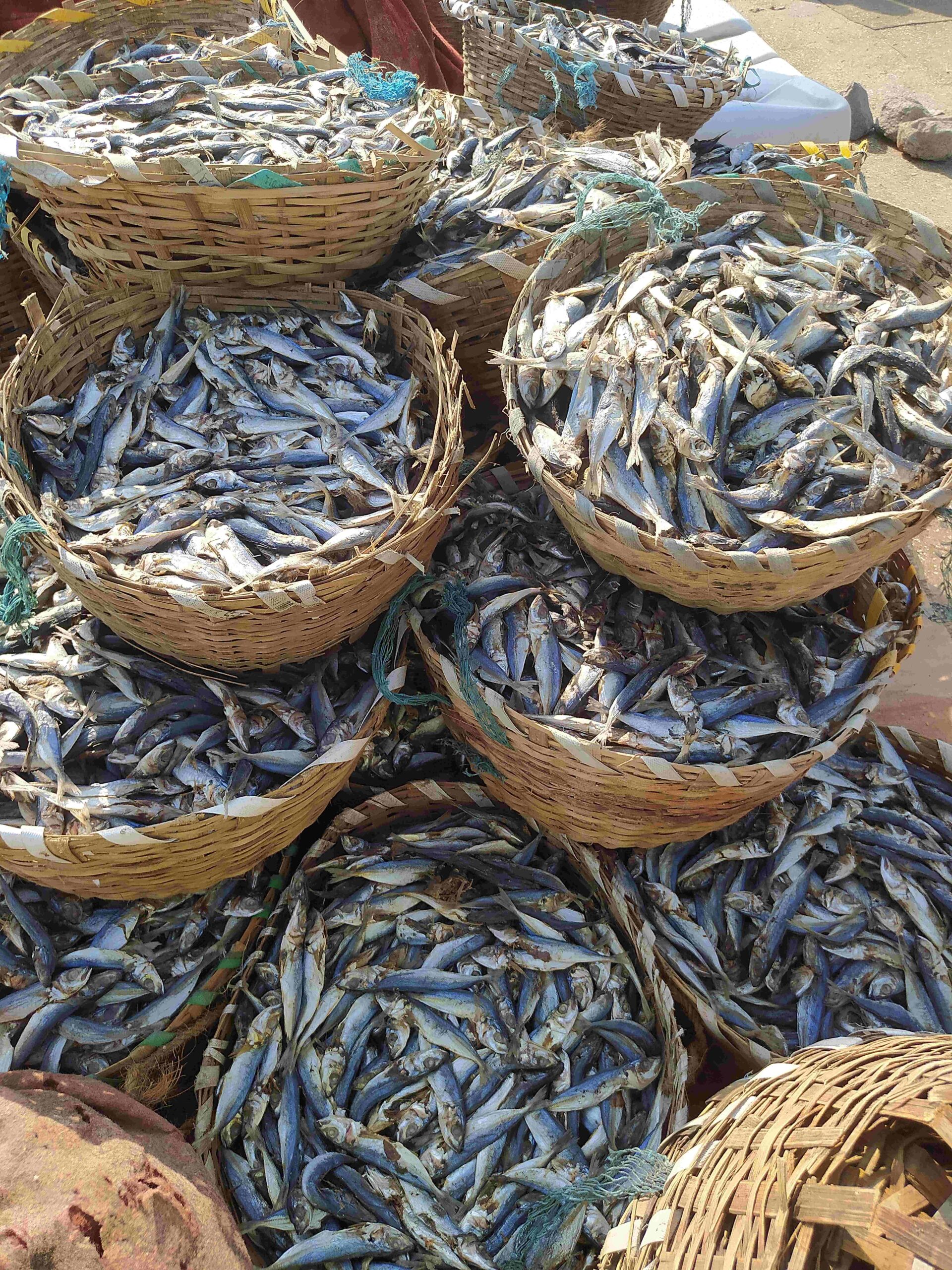 At the drying site, Premalatha showed us big tubs in which the fresh fish was cleaned and prepared before being immersed in salt water for 24 hours, after which it is spread out to dry under the sun for up to three days. The drying area is an open ground where dozens of entrepreneurs like her dry fish systematically, in the scorching heat. “We only sell what these guys allow us to keep, after they’ve had their share,” she says, smiling, pointing at the crows.

Premalatha’s business is slowly recovering after the setbacks caused by the Covid-19 lockdowns. The climate crisis has significantly impacted her in the last couple of years, especially the unpredictable showers.

India is home to a phenomenal diversity of food cultures and practices. However, our mainstream narratives around food and food institutions—including spaces that serve food, or focus on promoting seasonal and local foods—need to proactively find more ways to include invisible foods that belong to the lower rung of our social hierarchies.

Shruti has a penchant for weaving stories at the intersection of biodiversity, caste, and food systems. Her world-view is shaped most significantly by her experiences of her journey with a multitude of communities – indigenous, dalit, and pastoral communities across Southern India, which has strengthened her narratives and collaborative work. She founded Forgotten Greens, an initiative that works on reviving the fast disappearing traditions of consuming uncultivated greens. 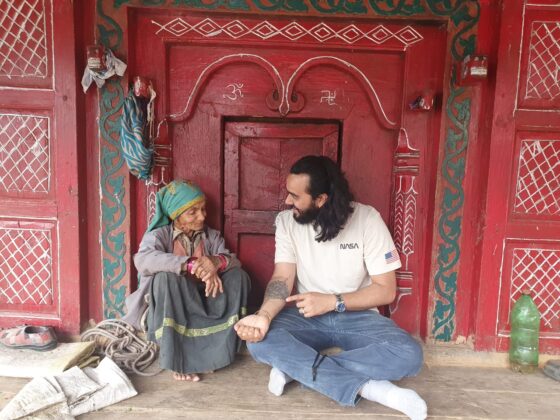 Sourcing Salt of the Valleys and Other Pahadi Produce 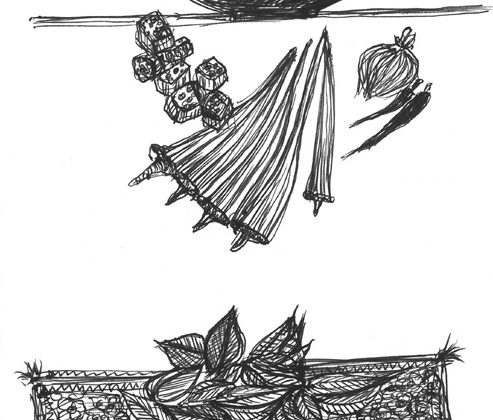 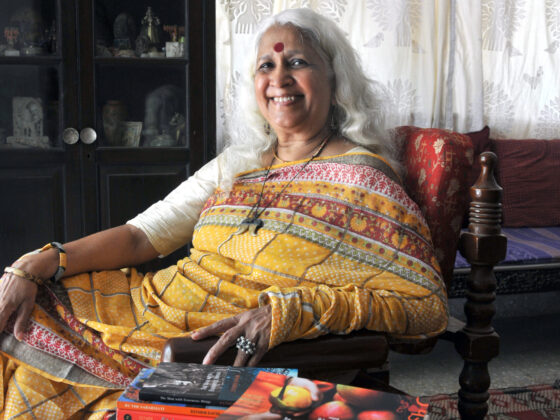 An Excerpt from Bene Appetit: The Cuisine of Indian Jews